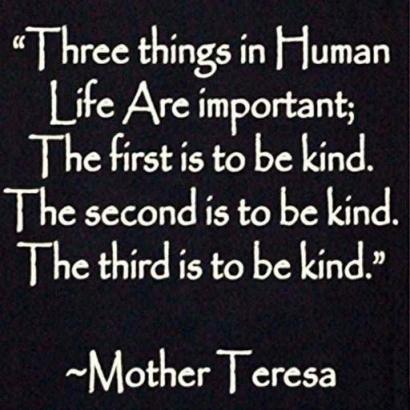 I was sitting at breakfast on Sunday morning, and I heard the news on a television playing at the restaurant that a mass shooting had happened in Orlando. I turned and watched as my heart ached for the terror, anger, and sadness that were being experienced by those murdered and injured. I prayed for the families, others watching, and our society that was losing its ability to create a safe place.

I remembered thinking, “I wish I didn’t hear so well. Now that I have hearing aids, I don’t miss hearing anything…even the terrible.” (I caught the fallacy of the thought process right away.)

Before, I wouldn’t have caught what was going on, because I couldn’t hear, especially in restaurants or crowds. I was always behind on what was going on around me, and I was OK with that because that was the way it was.

One needs to be brave enough to hear the terrible. When we hear and recognize the terrible, then we can appreciate and hear the good that responds.