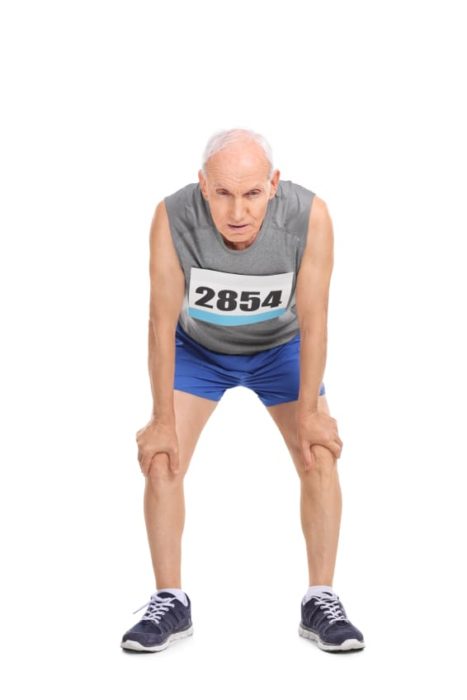 It was a cool spring morning in 1976. We stood there in our gym-required dress, with tube socks that went to our knees, and shorts that were way too short by today’s standard. Even then, goose bumps plagued the whole class between socks and shorts as we stood outside at an oval track that surrounded our high school football field. We waited for the teacher to give us a clue as to why we were suffering.

“You gentlemen are out here to start your Presidential Physical Fitness Challenge,” he started. “The first event is running. You will run twice around this track as quickly as possible, and I will have a stop watch to clock your effort at the finish line.”

Running? No problem. I have ran races with most of these guys on the playground through grade school. It was fun. This should be fun.

“I will have this starter pistol.” He brought it out of his winter jacket pocket. “When I fire the pistol, you will run twice around this track. I will yell out your time when you cross the finish line. I know you are cold now, but once you finish, you will be warm enough. Good luck to you.”

Bang! We began running. I felt good. I was running at a great pace and I was keeping up with the pack. Half way on the first lap I was still with the pack. Two steps later, it happened. My legs started to feel like concrete. What was this? They were so heavy  that I couldn’t keep up with the pace any longer. The heaviness turned into a pain I had never experienced before that time. I wanted to stop, but that wasn’t an option. I was already considered a wuss (band geek, no athletic ability required).  I wasn’t going to give them another reason. I kept going, but the pack I was running with kept getting farther and farther in front of me.  Then the breathing. The breathing became harder and quickly turned into gasping. I had pain. Pain in my legs, pain in my side, pain in my back. Quickly my run turned into just a little more than a walk.

I evaluated my progress and realized I had a whole lap to go. That realization that one’s discomfort was going to continue much longer than one thinks they can tolerate made my brain hurt. I was negotiating my demise with heaven when I heard running behind me. I looked back and there was a very popular student. His face was red, and his pace was picking up. He had that look on his face that was near death with determination. I knew that look. I don’t have to run fast. I just have to run faster than you, loser. And he did. No matter how hard I wanted it, my body wouldn’t go any faster. His pace increased and he made the finish line with dignity. My dignity was destroyed 4 minutes later. I would tell you my time, but the teacher was laughing so hard I couldn’t understand what he yelled out. He just let me know that it was the longest time he’d ever witnessed, and he was happy that the period wasn’t that close to lunch.

I fell to the ground, the cold ground. The running had stopped, but the pain didn’t. The labored breathing continued and a wave of nausea was added to complete my misery. What had changed? As I got up to go back to the locker room, I realized that this was a change, and probably a change that I needed to accept. Athletic abilities were starting to show, but mine wasn’t. This wasn’t a math problem to solve, nor something to fix. Running around all summer long as a young boy, without fatigue, was gone. It was a reality that I just needed to accept. I tried to ignore it, but the leg spasms the next morning reminded me of the reality that I needed to face.

Changes make us uncomfortable. Not facing the changes puts us in denial. One who denies that a wall exist usually ends up with a broken nose, and that is no way to live. Facing the wall, touching the wall, accepting the wall, gives us a chance to climb over it.

When I was diagnosed with a hearing loss, I thought about ignoring it. Again, that is no way to live. Now that I am wearing Resound Linx2, I realized what challenges I wasn’t facing. When I remove them to clean them, it is like someone put me underwater. I can hear noise, but I can’t understand what I am hearing. It is all muffled. I stopped invading personal space in crowded situations when I am wearing them, and that has made people happier to see me. So, like when I found out I wasn’t athletic, I faced it, and I worked on what made me productive, like band, and academics. It was a much better way to live.

Hearing is such a better way to live. Denial is it’s own kind of hearing loss.